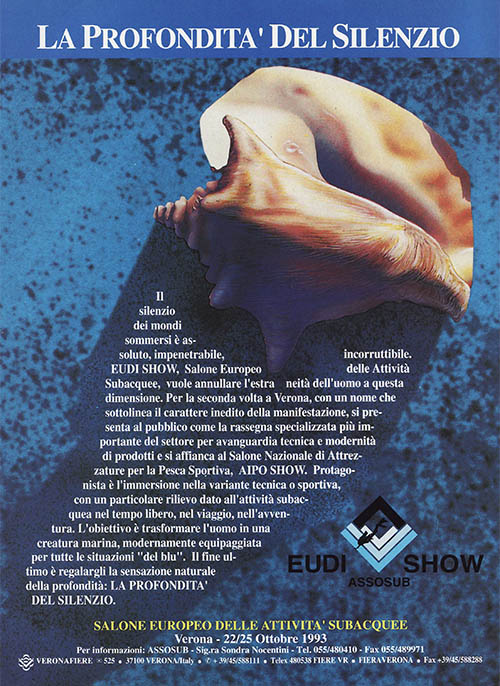 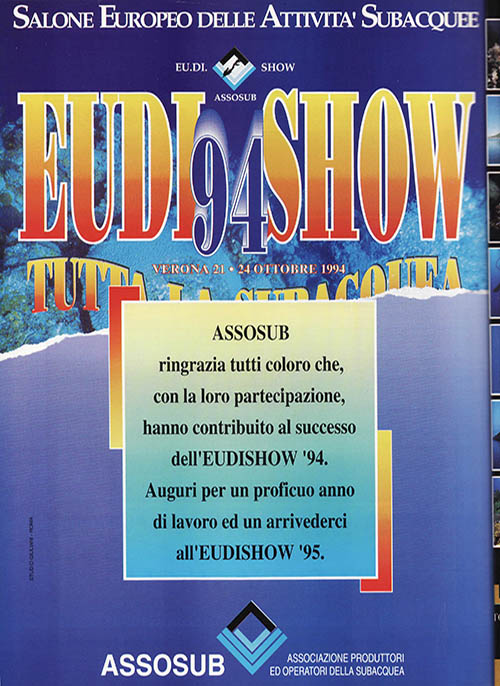 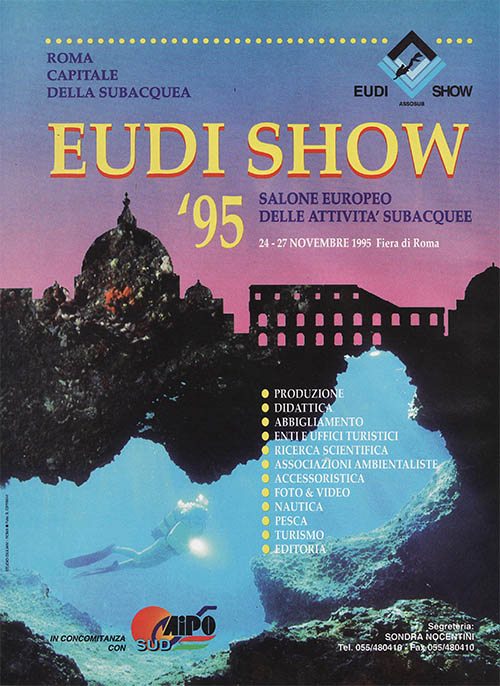 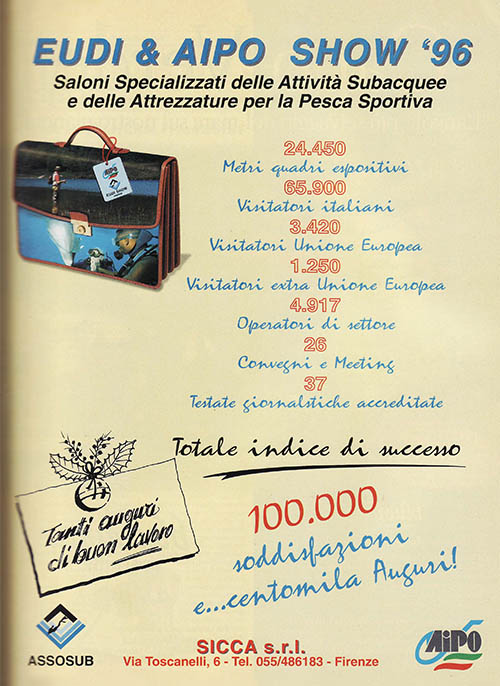 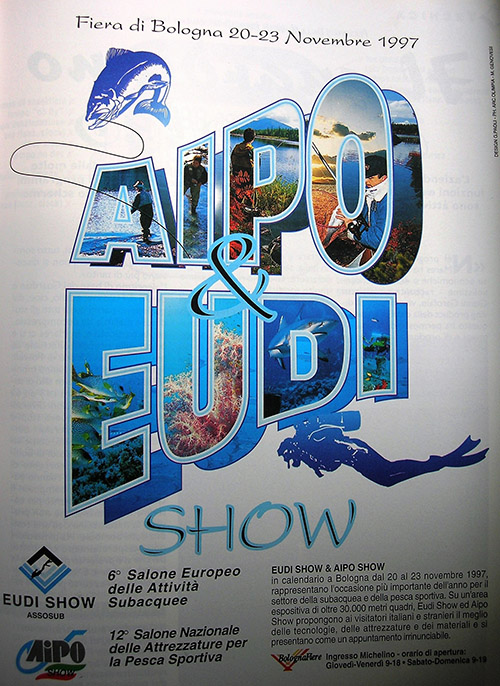 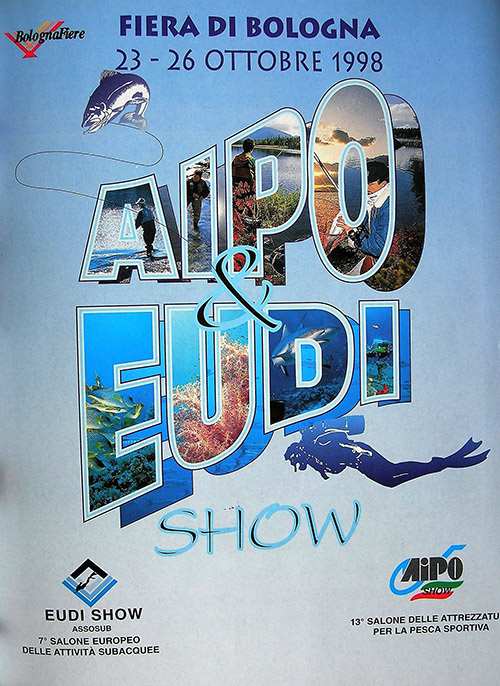 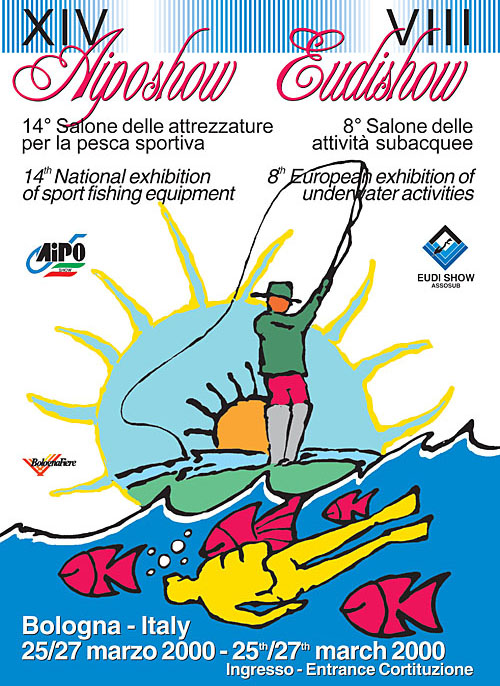 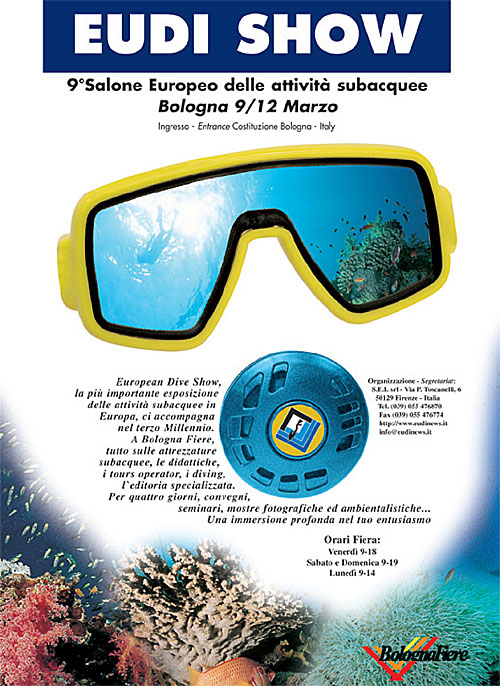 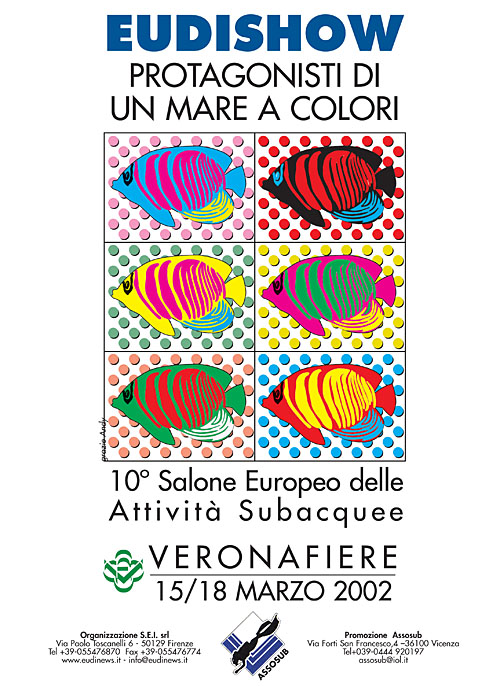 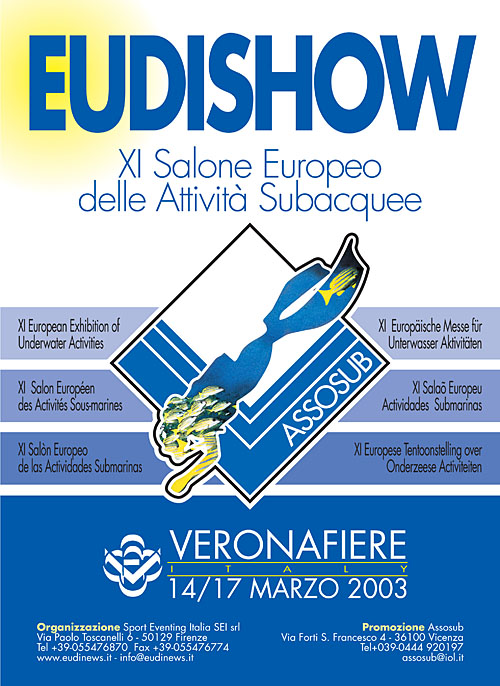 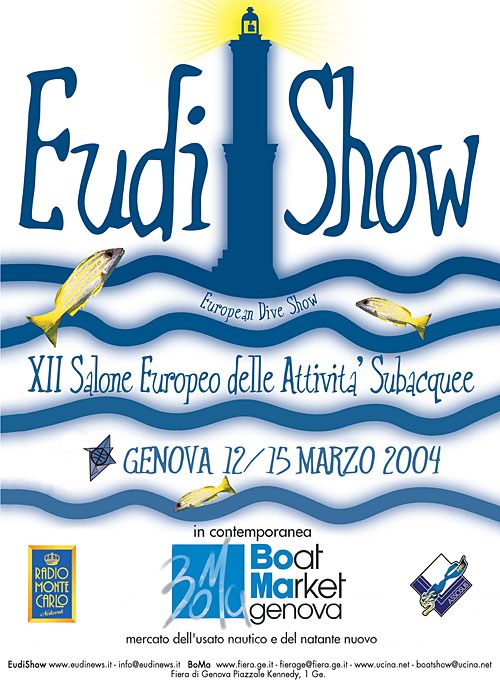 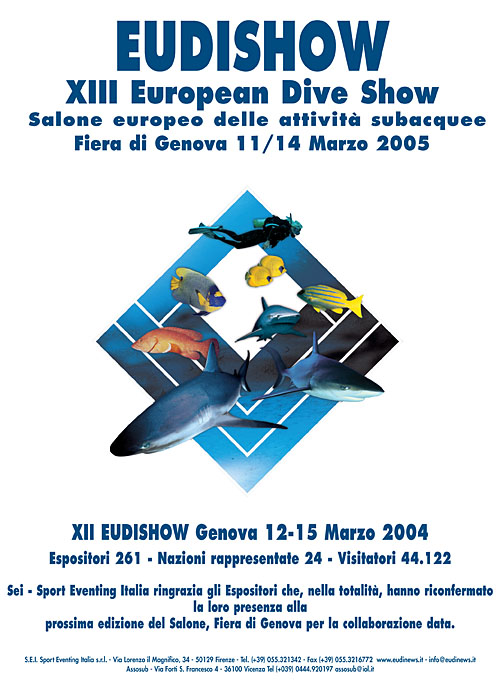 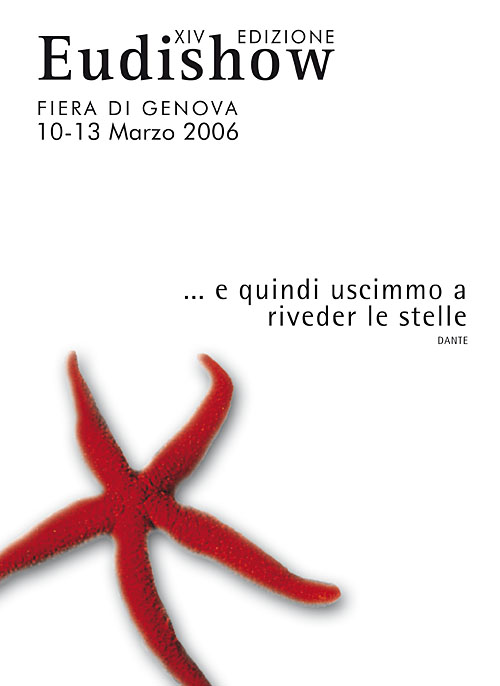 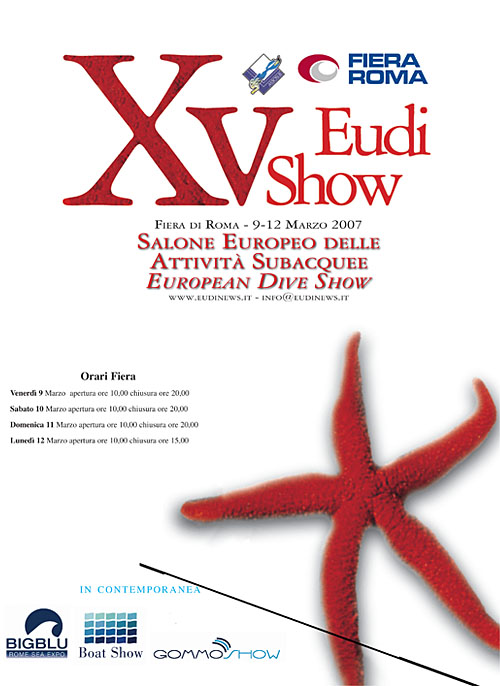 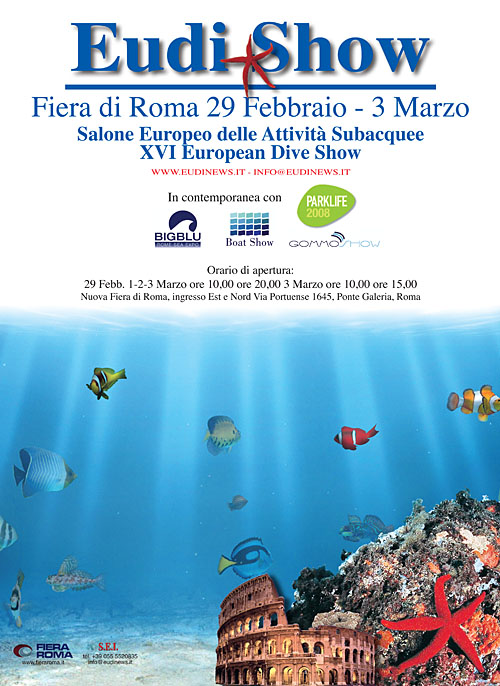 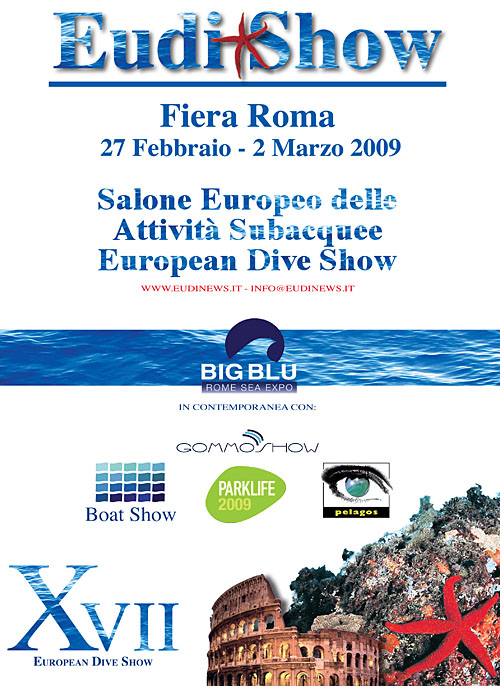 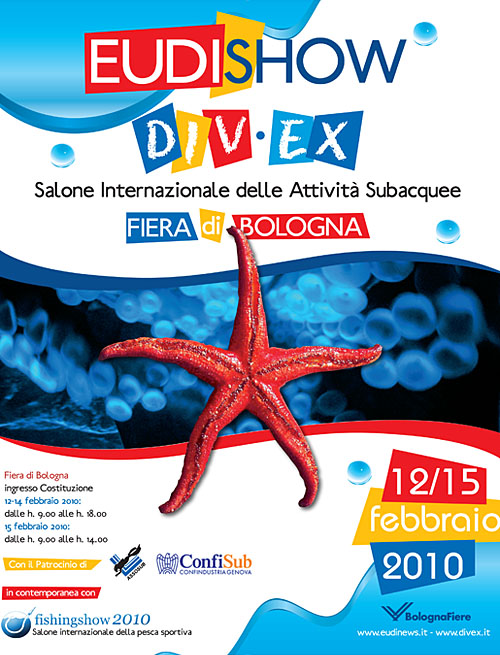 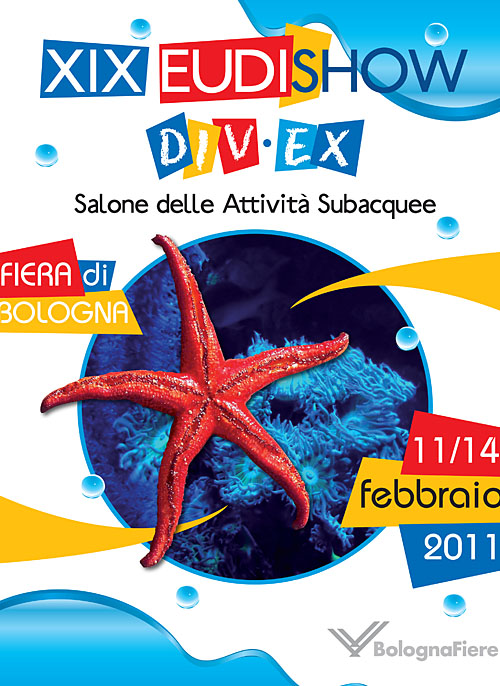 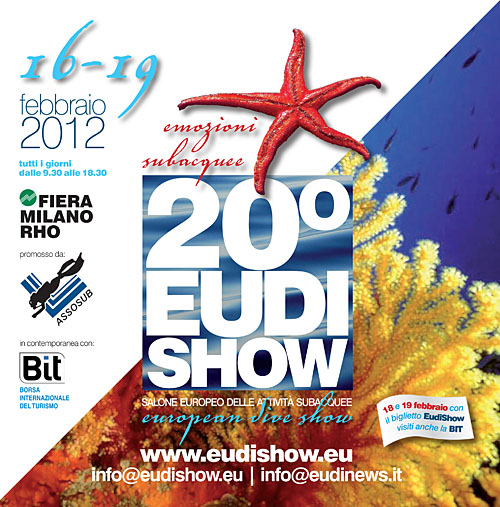 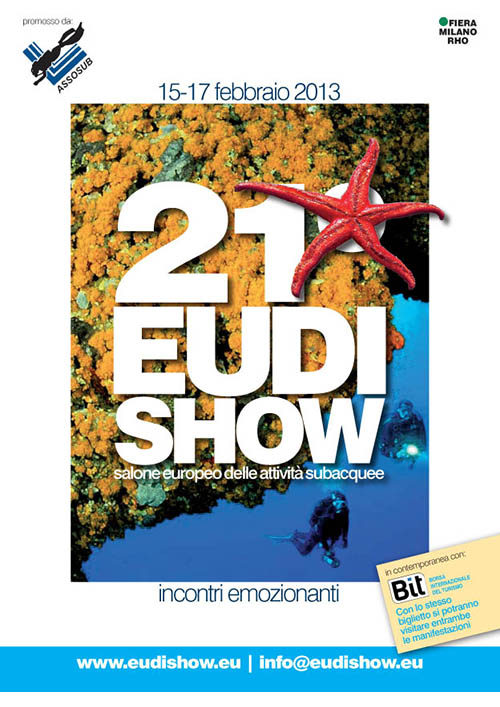 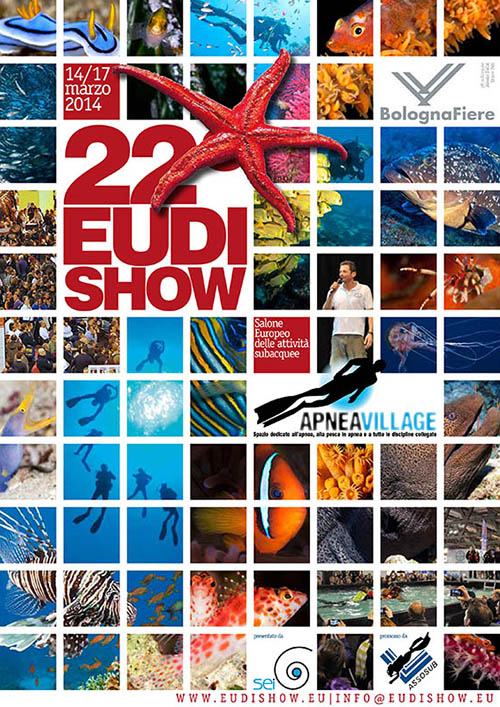 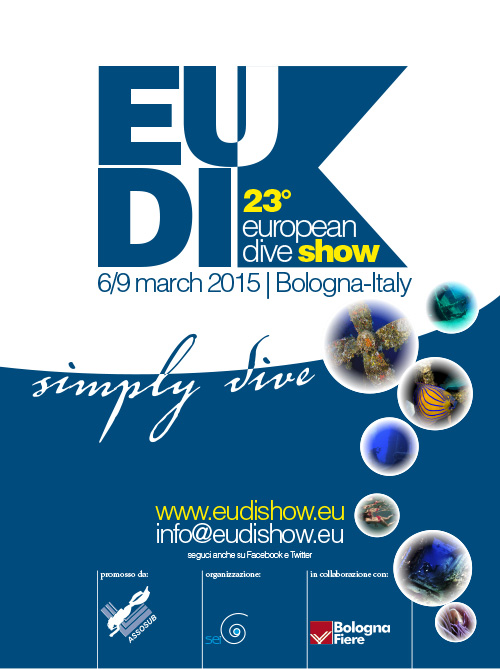 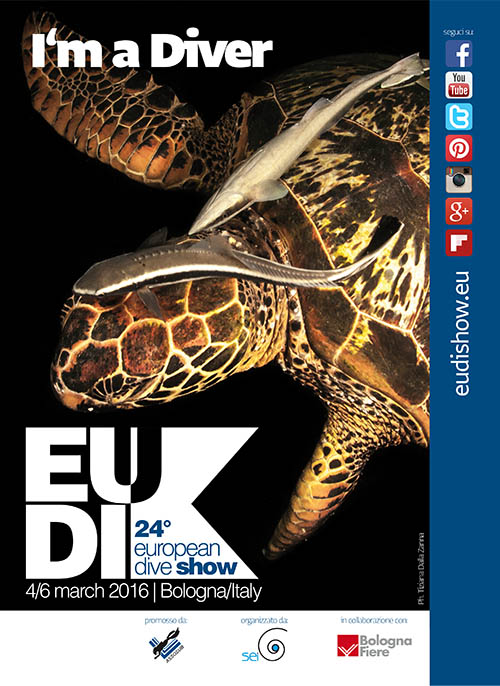 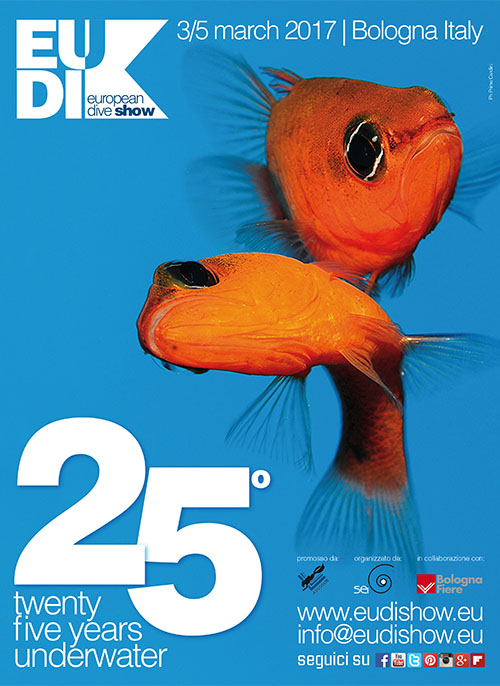 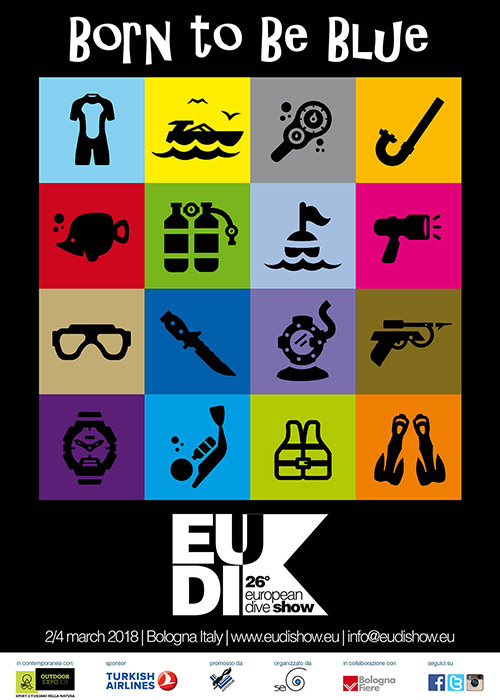 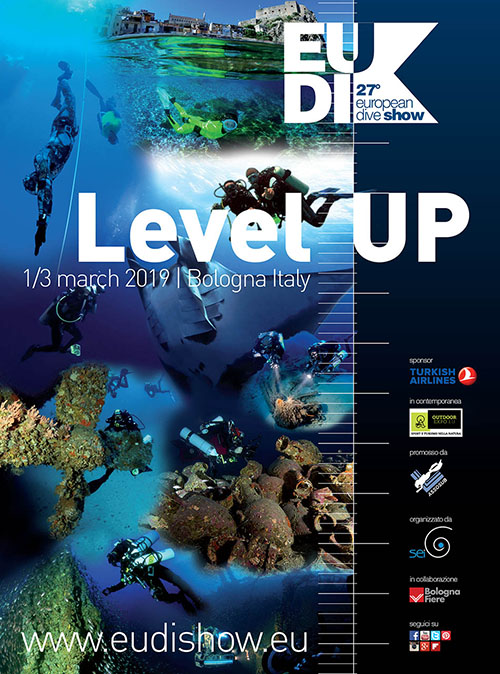 In 1982 Assosub faced the fair in Verona for the first time, presenting a new event – Eudi Show, European Dive Show. It was just a small event, a little over 1000 sqm of exhibition. The Salone della Subacquea (Scubadiving Event) had a very good success in that november and, without realizing it, something new bloomed, something bound to get to our days. That success, during the following years, always in Verona, pushed through and the exhibition space tripled by the end of the third edition.
From 1996 to 2001 the fair moved to BolognaFiere and had a great success, in 2001 it coverd 9000 sqm. The big growth was also thanks to the imput of the big firms working in the field, in 2000. In the same year the fair detached itself from game fishing (they went together up untill now), and it moved the dates from november to march (this is why there was no fair in 1999).
The need to stick to the new dates (not available during those years in Bologna), together with the idea of creating a sort of travelling fair, steered the decision in the Assosub Council to move back to Verona for two more editions.
In 2004 Genova was declared European Capital for Culture and since much of the culture and tradition of Genova are sea-based, Eudi Show decided to move the event to the Fiera del Mare, the Sea Fair, to honour Genova as best as it could. It was a great success and the event had a really good feedback.
After one first edition in Rome in 1995 (between the editions in Verona and in Bologna), Eudi Show went back to the new fair headquarters in Rome, in Fiumicino, in 2004. The Fair takes place in the bigger context of the Big Blu event, the very event that launches the new headquarters. The three editions in Rome were a huge success, with over 100.000 visitors.
In 2010 Eudi Show goes back to Bologna thanks to a new agreement between Confisub and Assosub that reunites the branch. Going back to Bologna was like going back to the roots, since at the same time the Fair of Fishing Show was on.
From 2012, the fair gets to the prestigious headquarters of Milan. It celebrates its 20th edition. The fair is simultaneous to the BIT (Borsa Internazionale del Turismo – International Tourism Stock) and it finds its new form and visibility.
From 2013 Eudi Show goes back to Bologna and had an increase with a great succes in later years.

The winners of the contests

The winners of the contests